The Valley of the Painters

Homeland of many artists and source of inspiration for landscape and portrait painters, the Vigezzo Valley is known to many as the Valley of the Painters: traces of strong artistic presence in the valley are still visible in stately and rural homes, in the museums and numerous places of worship.

In the votive chapels or small churches, you can admire examples of devotional painting, paintings on canvas or frescoes by local painters such Borgnis, Cavalli and Fornara.

The culture is found in the numerous museums of Santa Maria and throughout the Valley; first among all, the Museum of the Chimney Sweeper inside Villa Antonia, to remember this trade made of sacrifices and migration from the valley to all over Europe. Every year chimney sweepers from all over the world gather in Santa Maria at the characteristic International Meeting in September.

In the historic center of Santa Maria Maggiore, the "Rossetti Valentini" School of Fine Arts contains a real artistic treasure exhibiting the works of the Vigezzino painters from the mid-eighteenth century to the whole of the twentieth century. Furthermore, the Casa del Profumo was born in Santa Maria Maggiore: a journey through perfumes, aromas and suggestions, which will lead you to the discovery of the true history of the Cologne Water.

Moving on to Malesco, an indication of this rural civilization is the Mulino dul Tàc, the ancient mill of the late 1800’s, located in the village of Zornasco, used in the past for the production of rye and chestnut flours, and whatever else the earth could offer. Still in Malesco, you can visit the Museum of Earthenware and Masons inside the Praetorian Palace, a concrete evidence of man’s exploitation of this local resource since prehistoric times.

There are many places of interest in the other towns in the valley, such as the majestic Sanctuary of Re, dedicated to the Madonna del Sangue, the famous Treasure of Craveggia conserved in the village church and consisting of crosses, vestments and the funeral mantle of Louis XIV, or the Museum “Ca di Feman" (the women’s house) in Villette which has a collection of many typical tools and objects used by the women of Vigezzo for domestic activities. 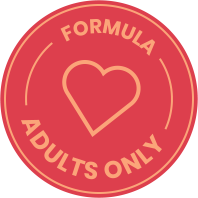 In collaboration with  "L'Antico Melo dell'Ottocento" Holistic Center, we offer countless relaxation opportunities to our guests. There are many special offers dedicated to those who love to pamper themselves by taking care of their body and mind.

Discover them all at the bottom of the page!

Alpine Hiking Safari and much more

Do you want to discover the fauna and nature of the Alps with a qualified guide?

We offer special agreements and prices for customizable private excursions and guides with experience of researching alpine fauna in collaboration with the ValGrande Cooperative! Download the Guide

The Vigezzo Valley is located in the extreme north-east of Piedmont, a few kilometres from the Swiss border.

Surrounded by the Lepontine Alps, it is an area rich in beautiful natural landscapes, art and tradition.
The woods and pine forests of the mountains make it suitable for summer or winter excursions and snowshoeing; the skiing facilities of the Baitina of Druogno and the Piana of Vigezzo make it an ideal destination for those who love winter sports and want to have a holiday on the snow.

Uncontaminated nature and places full of charm characterize the National Park of the Val Grande, the large wilderness area which extends from the Vigezzo Valley to the basin of Lake Maggiore, a valley of dense forests, rich of Alpine flora and fauna. A perfect destination for mountaineers and excursionists, the Great Valley has numerous access points, including one in Malesco which is considered the easiest and most direct.

It is easy to continue from here and follow routes of different levels, observe the immense spaces where human settlement has given way to the wilderness, as evidenced by petroglyphs, abandoned mountain cottages, charming paths carved into the rock in order to move the cattle, and terracing.

An oasis of tranquility and well-being awaits you at the Hotel Miramonti. Thanks to the "Adults Only Formula" you can enjoy the peace and comfort offered by a structure surrounded by green. Private jacuzzi, room service and a romantic restaurant await you!

The Hotel Miramonti is a member of the Parké Association, which is made up by the VCO tourism operators and was born in 2012 from a project by the Veglia – Devero and Antrona Natural Parks.

Sustainability, land protection, enhancement of the cultural and historical heritage, and supporting pastoral and farming activities are the key to sustainable, conscious and responsible tourism.

The ethical and practical commitment of the involved members aims at a new way of understanding the tourist development respecting the environment and traditional activities.